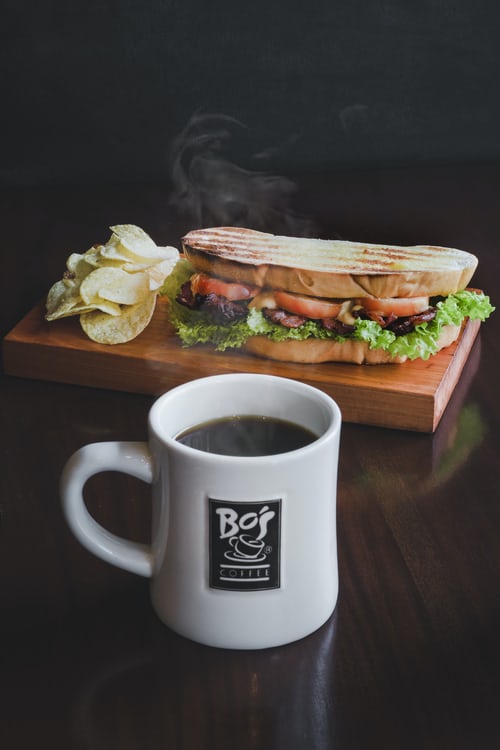 Banh mi- 1 out of 3 Vietnamese words were listed in Oxford Dictionary in March 2011 (the other 2 are Ao dai– traditional long dress for Vietnamese women and Pho– a national Vietnamese Noddle) – has raised up the popularity of this dish. It’s not bread nor Baguette; it’s Banh mi.

From the Conquer of French colonialists 1859 (1)

According to history documentations, the Western Baguette followed the French soliders in colonials expansion in Indochina Indochina Peninsula by 1859; and the image of the Baguette started to appearing in this land: 80 cm length (around 30 inches), soft, condensed inside, the outside layer is not crunchy; which was mostly appearing in traditional French’s breakfast type. The appearing of Baguette was the way Western people satisfied the demand for their culinary demand in a new land, and the journey of a new story began here… 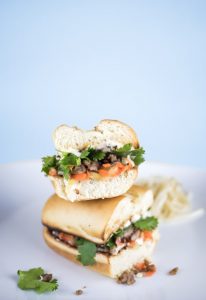 Adaption to a new culture

At that time, Vietnamese people seem Baguette as a light meal of the day, and could not use as regularly as rice. Until the govern decided to provide the standard meal in primary schools, including Baguette and Milk, the Baguette began appearing more and became familiar to the local citizen.

In the decade of 1950-1960 in 20 century, the Baguette step-by-step turned into Banh Mi like nowaday: 20 cm ( around 8 inches) in length, crunchy outside layer and the crumb inside became thinner. At first, the French people only put Pâté and butter inside the Banh Mi; and in middle of 1950s, Vietnamese people starting to created a new type of Banh Mi, with the adding of Ham, some herbs & slice cucumbers, soya sauce and a little chili. That makes the new age of Banh Mi.

Says “hello” to the world

If Pho was introduced as national dish of Vietnam, a “must eat” dish when visiting to Vietnam (like pad Thai of Thailand, Beijing Roasted Duck of China or Sushi from Japan); then Banh Mi was just in the beginning stage to the world and re-presenting for the new generation of this country: youth, social, actively and nice. Banh mi, step by step, has stepped up with many overseas Vietnamese people to the world, because of its easiness of recipes that very close to Western culture: ham, Pate, local Banh Mi (bread/baguette…). Naturally, Banh Mi from dinning table of those oversea people comes to the street vendor of each nation:  American with Banh mi Sai Gon (New York), Bun Mee (San Fransisco), Banh Mi Boys (Toronto), Mr. Banh Mi (Prague), Banh Mi Bay (London), Banh Mi little Bamboo (Paris) and many countless shop all around the world…

Since the recipes of Banh Mi are very close to the Western culture, then this dish is warmly welcome by diners, where this dish appears.

To the Prime Minister of Australia…

his new day with APEC Economic leader meeting in Da Nang – had banh Mi for the breakfast with his famous Chief Luke Nguyen in a little street of Da nang City. Yes, he did not chose a famous restaurant or in the hotel, just a small vendor in a city street, to eat and live like a local citizen…

“It’s the first time a try Banh Mi; and I really like the freshness in the Vietnamese culinary..” – he said after finishing 2 loaves of Banh Mi here.

Yes, you can find and try the taste of Banh Mi where-ever you live, in all continentals; but come to Vietnam and find out for the probably “best sandwich on the world”